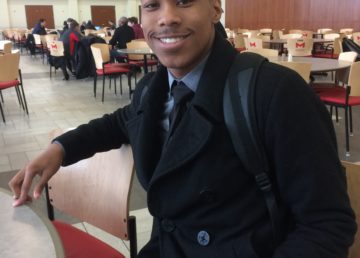 This month celebrates the rich history and culture that African-Americans have developed over the years, from music to film, to literature to politics and everything in between. Many figures have made an impact on African-Americans and therefore, American-hist... END_OF_DOCUMENT_TOKEN_TO_BE_REPLACED

All Around the World: T & J Travels | Hijab Awareness Day

In today’s episode, Jada and Trinity focus on the topic of Black History Month. Throughout the video are pieces of art from Maryville’s own, Black History Art Exhibit. Also included is an interview with ABC (Association of Black Collegians) President, Brittany... END_OF_DOCUMENT_TOKEN_TO_BE_REPLACED

What Does Maryville Really Know About Their Cultures?

In today’s episode, Jada and Trinity head to Gander to see if Maryville’s students, faculty and staff know about their own culture and other cultures as well. Fellow contestants agreed to play along in the trivia game to test their knowledge. Does Maryville kn... END_OF_DOCUMENT_TOKEN_TO_BE_REPLACED 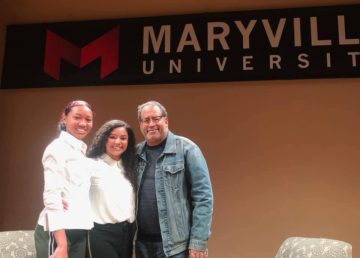 https://youtu.be/G3YZxElyUaA The Curly Headed Saints had the privilege of interviewing Michael Eric Dyson for Black History Month. You can also check out his new book, What Truth Sounds Like, for only $2.99 as an ebook for Amazon Kindle’s monthly deal promotio... END_OF_DOCUMENT_TOKEN_TO_BE_REPLACED