Published 10 months ago Brenningmeyer10m ago

Award season is upon us and celebrities from a variety of industries are out wearing the best. At Saints Style we pride ourselves in analyzing the latest fashion trends and these events are no different. Throughout this article we will be looking at today’s biggest names and looking at every piece that they wore at the Oscars Award show, and Vanity Fair After party.

To start things out let’s look at this Valentino set worn by actress Zendaya. The white and glittery combo made for a classy look that was still able to have a bit of drama on the bottom half. Although the top took on a more formal tone, the combination of the two Valentino pieces made for a show stopping look that didn’t need to rely on bright pops of color or a dramatic hair-do. Overall Zendaya looked wonderful as she attended the award show. 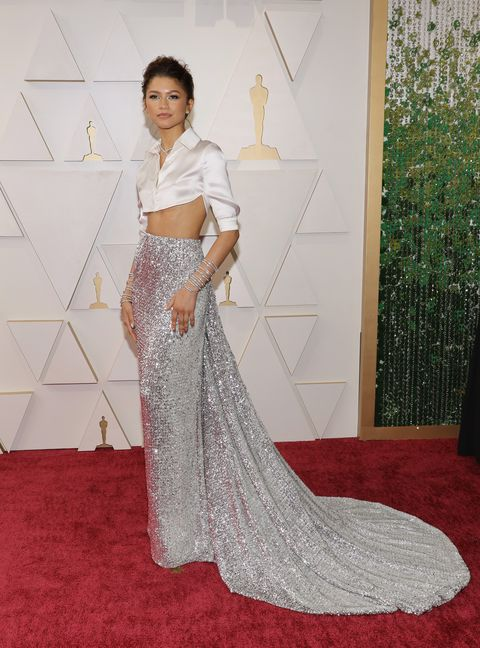 This look comes from after the award show at the Vanity Fair After Party. Influencer Emma Chamberlain and singer Tucker Pillsbury arrived together in an all black ensemble. The long silky halter dress that Emma wore resembled many red carpet looks with the 90s. With the low-back and the slicked back up-do she looks amazing and sleek. Tucker wore a black loose-fitting jacket layered over-top a white shirt. He paired this with black pants that coordinated perfectly with his date. 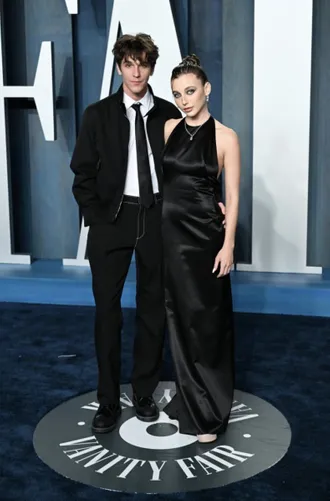 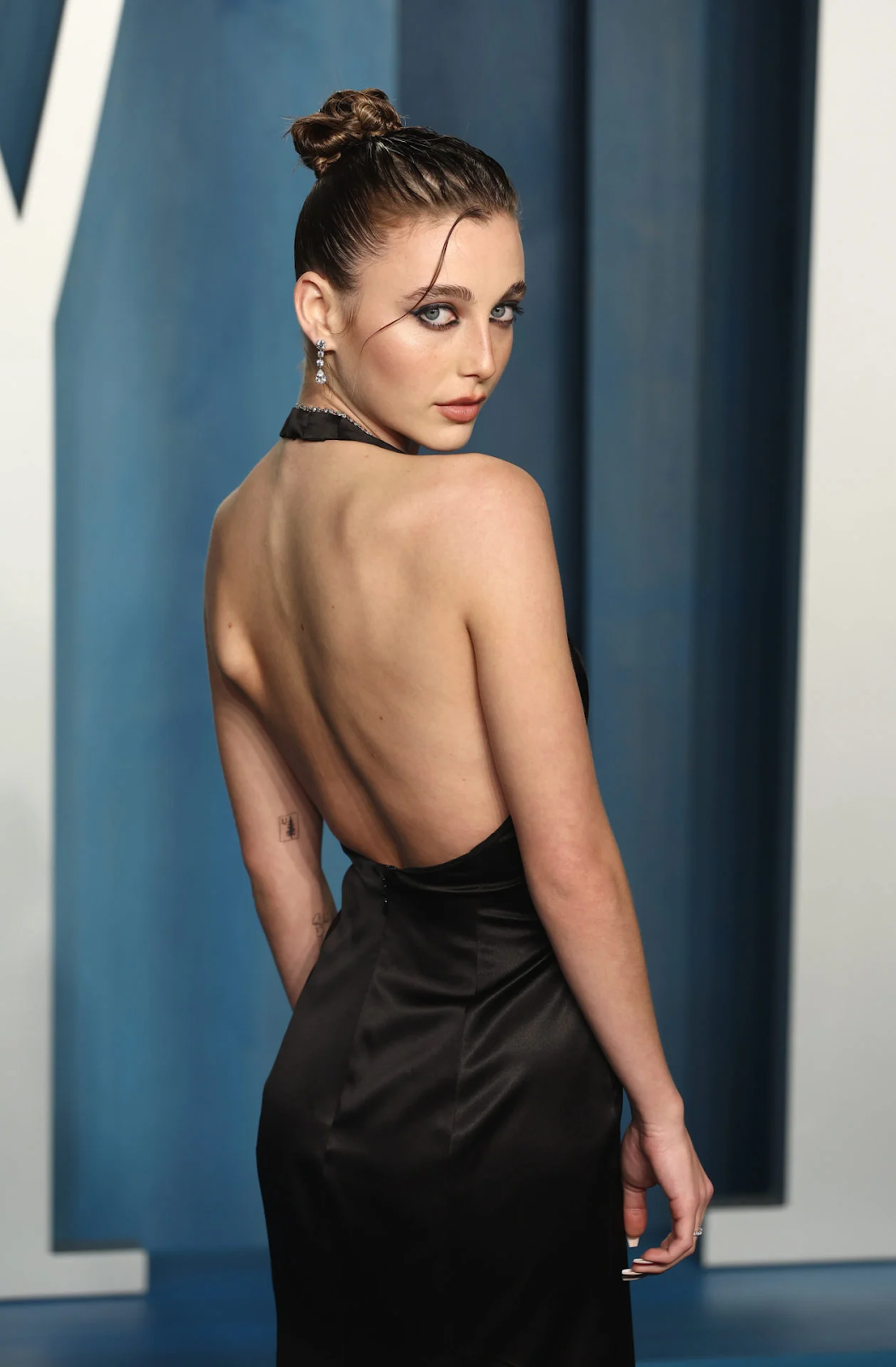 This dress was also seen at the carpet outside of the Vanity Fair after the party. Actress Zoe Kravitz wore a long-sleeve white gown that had most of her back exposed. As seen in the dress above, the backless dress phenomenon is in full swing. The actress opted for more simple jewelry and a neat up-do to accompany the outfit. The outfits that seemed to stand out this year were the ones that were more simple like Kravitz. The more extravagant looks tended to overwhelm the stars that wore them, instead of highlighting the talent that the night was meant to honor. Overall this look was a gorgeous addition to the carpet that night. The next outfit came from the Oscars red carpet and was worn by Kodi Smit-McPhee. This actor went with a monochromatic suit that really added a nice pastel pop of color to the evening. Smit-McPhee rocked this powder blue from the collar of his dress shirt to the tips of his Bottega Veneta boots. The actor was able to pull off an effortlessly chic look that drew eyes but did not distract from the talented individual wearing it. 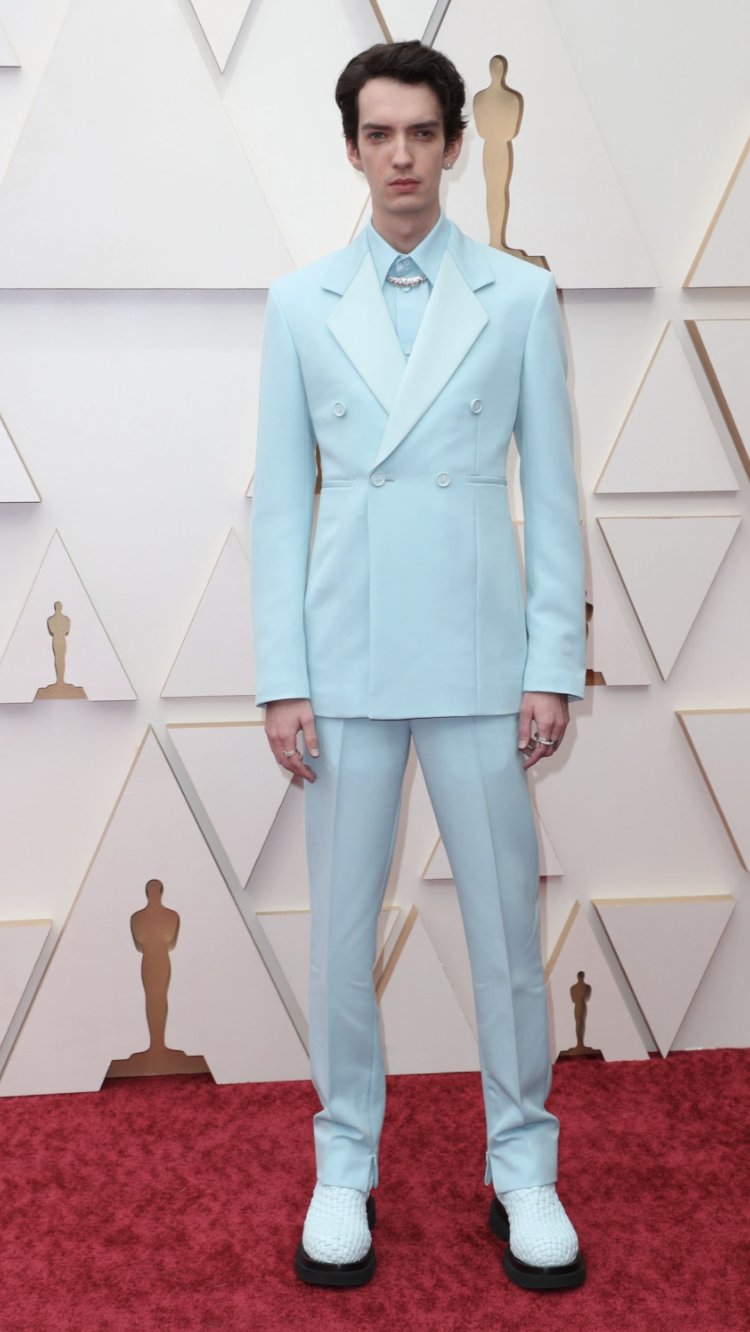 Actor Daniel Kaluuya wore this show-stopping suit that dazzled the Oscars red carpet. The pop of color on the outside of the jacket was able to draw the eye, but the black accents were able to balance out the vibrant turquoise. The way that this outfit was able to come together created a classy and clean looking ensemble. 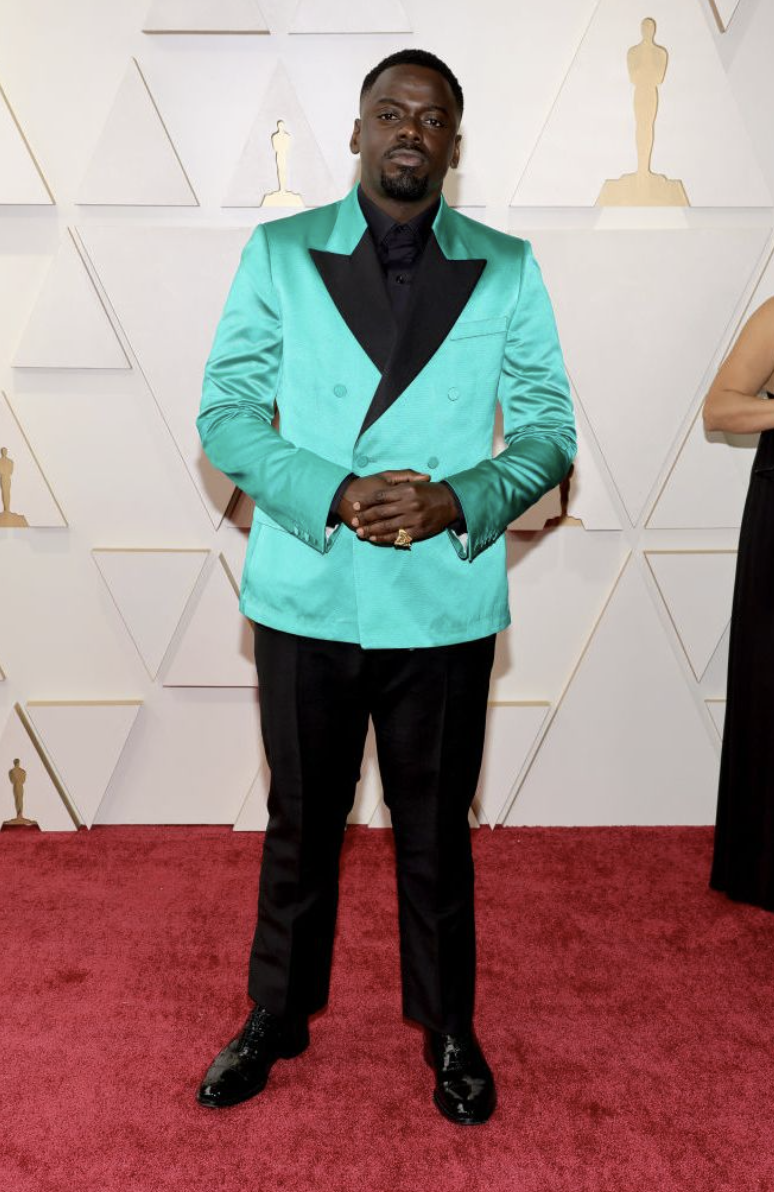 Next up we have actress, Hailee Steinfeld, who kept her look simple with a form fitting black dress, completed with a white bow. To complete the outfit, Steinfeld kept her hair and makeup subtle with a middle part and natural makeup look. 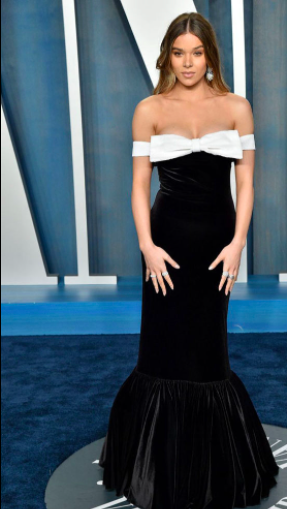 Overall, the Oscars brought out some creativity from celebrities and designers alike. The looks at both the awards show and Vanity Fair afterparty were stunning and we will be drawing plenty of inspiration from these ensembles in the future.

END_OF_DOCUMENT_TOKEN_TO_BE_REPLACED

Between the Lyrics Episode 4: Lil Nas X tells his story on his album Montero.