Published 2 months ago Layla Schaeffer2m ago

Trigger Warning: Talk of suicide and murder of a child 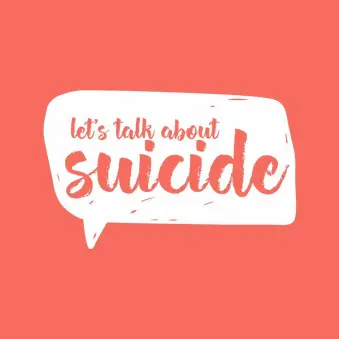 Suicide is an already taboo topic, but there is an even less known group affected by suicide. You may be wondering who? Well, adoptee suicide is real, and I want to talk about it, as “the odds of a reported suicide attempt were ∼4 times greater in adoptees compared with non-adoptees,” which was confirmed by Pediatrics, the official journal of the American Academy of Pediatrics. This journal was found on the prestigious US National Library of Medicine National Institutes of Health website. The research conducted looked if adoption status and suicide have any relation by taking a sample size of adoptees and non-adoptees to look at suicide risk, such as if someone had a previous diagnosis of a mental illness.

Why would adoptees be affected by suicide? Adoption in the mainstream media is often portrayed as beautiful and joyous. However, adoption itself can be considered trauma, and lasting psychological effects, such as “loss and grief because the adopted individual believes that they are disloyal to the people who adopted, loved, and raised them” (Psychological, n.d). The psychological effects of adoption stick with the adoptee but are often invalidated by society. I, myself, am an adoptee, and I often find people misunderstand my story, but rather than correct people each time, I just move on.

Rather than moving on now, I want to talk about the realities of adoption, and one of those is adoptee suicide. As an adoptee, I did not realize I was at a higher chance of experiencing suicidal thoughts till I was in college, and then it all made sense. September was suicide prevention month, but often adoptee suicide is lookover or not even acknowledged. Which is why I am talking about it. I want to remember and honor the adoptees who have lost their lives to suicide and to bring to light a hidden struggle of a community that is so misunderstood. October 30th, 2022, is Adoptee Remembrance Day. That is a day to honor adoptees who did not make it either because they died by suicide or those who have died at the hand of their adopters. An example of this would be, “Laura Castle shook Leiland-James Corkill to death in Barrow-in-Furness, Cumbria, after losing her temper with him” (Woman, 2022 ).

The narrative around adoption is so often about the parents, but adoptees are the ones truly impacted by adoption. Without children who need to be adopted,  there would be no adoptees. It is time to give back the narrative to the adoptees and a chance to be free from society and even parents to understand how adoption has affected their stories. In my opinion, this could help save someone, as many adoptees feel like no one understands, which could lead to many mental health struggles. Not listening to adoptees only leads to hardship on all ends. But, most of all, adoptee suicide, so not being heard, has an effect; being silenced takes a toll. That toll too often is someone’s life, so listen to adoptees. It is their voices that matter, as it is their identities that are impacted by the forever effect of adoption.

If you are in immediate crisis, please call 911

END_OF_DOCUMENT_TOKEN_TO_BE_REPLACED

The Silent Killer Amongst College Students

In the fifth and final episode of Between the Lyrics the host Erin Corcoran shares insight and her favorite songs on Halsey’s Grammy nominated fourth studio album If I Can’t Have Love I want Power. In this last episode the host also shares which 2022 albums sh... END_OF_DOCUMENT_TOKEN_TO_BE_REPLACED